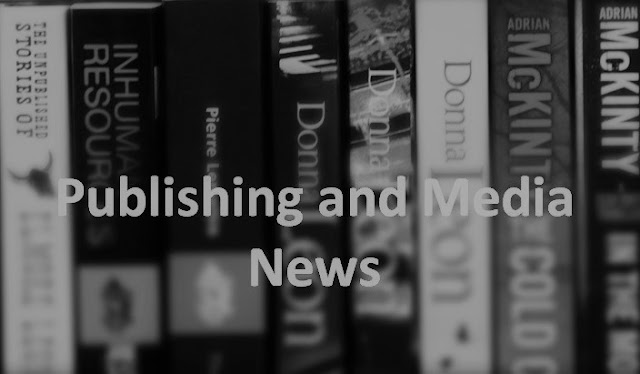 
Zyante was founded in 2012 and its zyBooks platform has served over 500,000 students across 500 institutions. The company targets some of the fastest growing and in-demand STEM disciplines, bridging the gap between classroom and career, and enhancing lifelong productivity and employability. Degree demand in these disciplines has grown by 8% between 2013-2017 according to the National Center for Education Statistics, and jobs in Information Technology and Engineering have grown by 17% and 14%, respectively, since 2016 according to Burning Glass. Revenue for 2019 is expected to be $14 million, a 37% increase over 2018.

India's new government has imposed a 5% tariff hike on imported books to 'encourage domestic publishing and printing' IndiaToday.  There are skeptics:


Sales of school textbooks in the UK fell by 6 per cent in 2018 despite a drive to increase their use.  The Publishers' Association said "the continuing squeeze on school budgets" had resulted in teachers not being able to afford "the learning resources children need”.


When Bao, 52, entered the book-publishing trade in 2005 it was still crowded with competitors. Now he is a lonely holdout with dwindling revenues, still publishing books critical of the Communist leadership of China and touching on mainland political taboos such as 1989 Tiananmen crackdown.
His most recent book, "The Last Secret: The Final Documents from the June Fourth Crackdown," unearthed speeches by 17 top Communist Party leaders and elders at a secret internal meeting 30 years ago, discussing the aftermath of the violent suppression of unarmed students and citizens in Beijing.


Last month, India launched its latest salvo against the ‘pay and publish trash’ culture that sustains predatory journals. Over several months, more than 30 organizations representing universities and academic disciplines have vetted journals to release a reference list of respectable titles. Predators sabotaged our last attempt. We hope this better-curated list will help to cut off the supply of manuscripts to the unscrupulous operators that profit financially by undercutting academic quality.


Are you considering an investment in new technology?  Check out my report on software and services providers.  (PubTech Report)
PND: Digital Transformation: A Seminar for Management
PND: Blockchain for Publishers
PND: Technology News
PND: The Price is Right for Cengage
PND: The Opportunity in 200MM Students
PND: Mediaweek Reports
Michael Cairns is a business strategy consultant and executive.  He can be reached at michael.cairns@infomediapartners.com or (908) 938 4889 for project work or executive roles.
Posted by MC at 7:42 PM