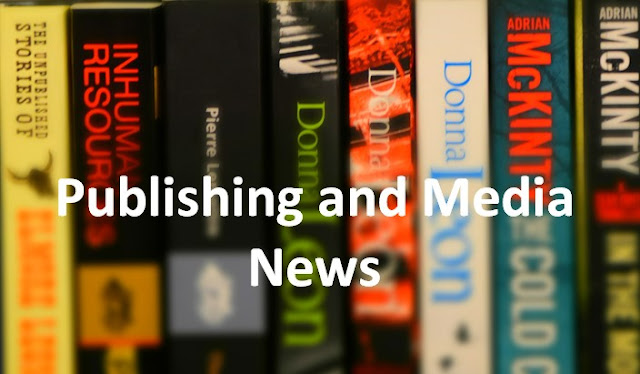 From the FT Why novelist Mark Haddon has lost faith in twitter.

It's academic to some but The Atlantic suggests that university presses shouldn't have to make money joining the discussion that has been prompted by the off again/on again decision of Stanford to pull financial support from their university press.

In Science magazine, academic Alan Chambers describes how early in his career he became "easy prey for a predatory journal.  "The email appeared legitimate. It spelled my name correctly, referenced some of my previous work, and used correct grammar. The journal wasn’t on Beall’s List of Predatory Journals and Publishers. I thought I had done my due diligence."

How did Danielle Steel write more than 170 books?  A guide to efficiency from a profile in Glamour magazine. " There's a sign in Danielle Steel's office that reads, 'There are no miracles. There is only discipline.' It's a dutiful message, and yet the sheer amount that Steel has accomplished in her five-decade career does seem like the stuff of dreams."

Pottermore.com announced a partnership with Warner Brothers which creates a joint venture named wizardingworld.com and will combine the existing content of pottermore.com.  From their press release:  "Wizarding World is the magical universe that encompasses Harry Potter, Fantastic Beasts and an expanding range of characters, stories, experiences and products derived from them, as well as new projects inspired by this magical universe."

A curious experiment in micro metadata tagging:  "In the 21st century, digital publishing has led to the rise of ever-more niche microgenres in books – from Amish romance to NASCAR passion – and it’s changing our literary landscape." Pursuit

The University of Virginia recently launched its own open source publishing platform (Aperio) and David Ghamandi, UVa’s open publishing librarian and managing editor of Aperio, speaks to the UVA newspaper:  “To be successful over time, universities need to invest heavily in their own OA presses (where they exist) and support each other’s presses. Universities need to be more serious taking responsibility for the dissemination and preservation of the knowledge produced on their own campuses. There also needs to be a culture shift where more faculty recognize the benefits of OA and are supported by their departments and schools to move the journals they lead to open access presses.”


Are you considering an investment in new technology?  Check out my report on software and services providers.  (PubTech Report)
PND: Digital Transformation: A Seminar for Management
PND: Blockchain for Publishers
PND: Technology News
PND: The Price is Right for Cengage
PND: The Opportunity in 200MM Students
PND: Mediaweek Reports
Michael Cairns is a business strategy consultant and executive.  He can be reached at michael.cairns@infomediapartners.com or (908) 938 4889 for project work or executive roles.