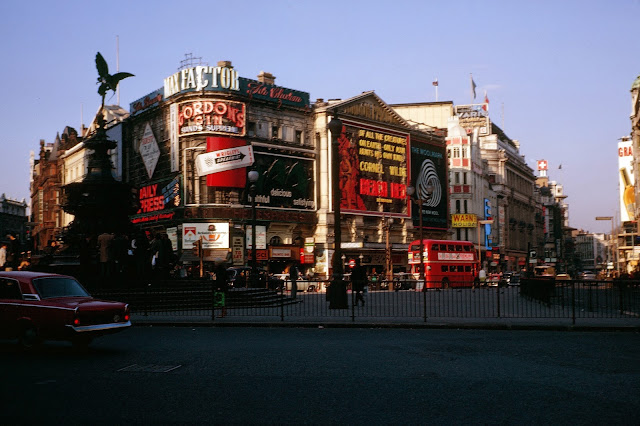 Since so many people liked the 1954 version of Piccadilly Circus I thought I'd show one from 1968.  Here you can see that the center statue (Eros) is no longer an island in the middle and that there is a wider pedestrian space around the statue.  The road wasn't entirely blocked (note the railing on the right) until the early 1980s.  I am sure I have one from that period as well.  In 1954 the movie playing was The Bed (largely forgotten) and in this image the movie is "Beach Red" where "only man hunts his own kind".  Never heard of it.

Also, don't forget about my flipboard magazine where there are all kinds of interesting articles on media and publishing.