Repost: Predictions 2010: Cloudy With A Chance of Alarm 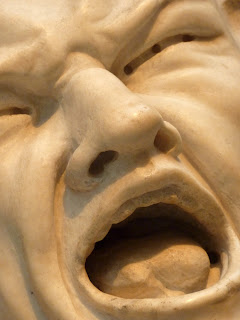 As we greeted the New Year in 2009, we knew we were in for it economically and, as I suggested in my prediction post this time last year, one of the most obvious assumptions was that things would get worse before they got better. Contrary to expectations, publishing may have come out a winner in spite of the steady litany of bad news on the magazine, newspaper and television fronts that percolated all year. While recognizing the economic challenges in store for us back in 2009, I also suggested a resurrection of sorts could be had as businesses began to accommodate the fundamental changes that were taking place in the industry as they executed their business plans. Sadly, there have been few bright spots in media during 2009, and after having taken the pulse of views on the near-term future in publishing by speaking to a number of senior publishing executives, my belief is we will not see any appreciable improvements during 2010. While some of their collective views can be attributed to ‘hedging,’ external trends support the lack of optimism whether they be reductions in education funding and library budgets or the increasing reliance on “blockbuster” authors or pricing issues.

Many of the macro trends that I have noted in years past remain prevalent and in some cases have accelerated. For example,
On the other hand, my expectations for further compacting of the publisher supply chain and increasing collaboration across publishing segments appear to have run aground. Interestingly, an executive I recently spoke to noted that the separation of publishing units that historically sat together – education with trade with information, for example – has negatively impacted publishing companies ability to learn and benefit from the experience and market testing of their sister companies. Possibly a decrease in access to ‘institutional knowledge’ has, in general, contributed to some media companies’ hesitancy to experiment.

Prognostication being the point of this post, there are some newer macro changes I see that will define the publishing and media space more and more over the next three to five years and it will be interesting to see how these develop.
Aside from these macro trends that will grow in importance over the next few years maintaining the status quo will still be the operative task during 2010. Here are following are some more specific predictions for 2010:

Email ThisBlogThis!Share to TwitterShare to FacebookShare to Pinterest
Labels: Predictions

This is a thoughtful, hard-nosed list. Very good to see this.

It's an interesting list and, being in a business which works with educational publishers, I agree with your predictions about the trend for them to be increasingly interested in databases and subscriptions.

The digitisation of their back list of magazine volumes, in some cases, is a good illustration of how they are making use of existing investments in printed content by re-marketing it in digital formats and making it searchable.

Interesting. Thank you. What are your predictions for children's publishing? Parents, with nostalgic memories of the printed word may well balk at the burgeoning of electronic media, but we all know the younger generation are going to lap up anything gadget-based. Resistance is futile.

Great information here. I teach writing classes at Arcadia University near Philadelphia and I will make use of this.

Anonymous said...
This comment has been removed by a blog administrator.
9:41 PM