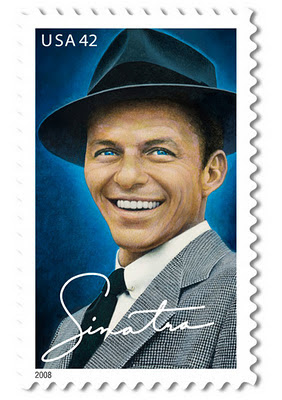 Frank Sinatra toured Australia in 1974 and they just wouldn’t leave him alone. Dogged by questions about his alleged connections to the mob and his decision not to give a press conference the press were merciless, and when he described them in true Ratpack fashion as “fags, whores and pimps” it was like chum in a shark tank. In Melbourne, outside The Southern Cross Hotel, he and his entourage were mobbed and one camera man was pushed, fell over and his camera damaged. On top of his comments and this “obvious” aggression by his bodyguard, an apology was demanded. Everyone got on the bandwagon and workers in the heavily unionized country threatened to call their members out if the tour went on without an apology.

Everyone was excited about Sinatra. Across the country, the concerts were sold out and Sinatra was a mega-star in a time when few made the trip “down under.” My father was the manager of The Southern Cross and we lived there for five years. A day or so after the camera-man incident, I had just arrived home from school and was watching Hollywood Squares on TV when my mother shouted out that Frank Sinatra was coming by. I wasn’t sure what to think. Ten minutes later, there was a knock at the door, I opened it and in comes Frank, Barbara and a very large man. For some reason, Mom made herself scarce and I hosted Frank in our apartment living room all alone. He said I should continue to watch TV but I shut it off: Truthfully, I was slightly embarrassed about what I was watching. He wished me “happy birthday” (I was soon to turn 12) and asked me what I was up to in school. In my mind’s eye, I can still see Frank--leaning back with his legs crossed--and Barbara—covered in jewelry--sitting on the hotels’ best mid-century furniture. The furniture was upholstered in bitter-orange crushed velvet. I think the décor would have reminded Frank of Vegas in the mid-fifties.

We lived on the first floor of the hotel and Frank was about to escape the hotel through my parents’ bedroom roof terrace and over the roof into a waiting car at the bottom of a fire escape. After about ten minutes, the call came and our casual conversation came to an end. I shook Frank and Barbara’s hands and off they went without a hitch to the airport and his private jet. My father got to ride in the limo with him and on the plane Frank signed an autograph for him. One of my great regrets is that I never asked Frank to sign my book (but I do have my eye on the photo he signed for my father).

The tour was essentially cancelled, but an agreement was reached whereby Frank would do one show at the Sydney Opera House. He did it for charity and the show was broadcast on national TV. Naturally, by this point, I was a big fan and watched the entire show.

Since that encounter, I’ve convinced myself of a personal connection to Frank. Having ended up living in Hoboken-- where he was born--makes the whole thing even more surreal since he is a hero here. This, in spite of the fact Frank didn’t really care for the place and, by most accounts, the last time he visited Hoboken was in 1980 when he joined Ronald Regan on a campaign stop. There was a long gap prior to that but it doesn’t seem to worry many Hoboken old-timers, some of whom were at the unveiling of Sinatra’s postage stamp last week.
Posted by MC at 8:25 PM