The Price is Right for Cengage 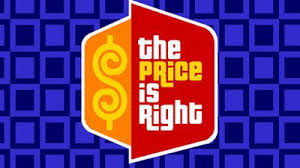 Cengage CEO Michael Hansen discussed the launch of their single price subscription at the recent Bank of Montreal Back to School Conference.

Cengage announced this week that they have extended their “all you can eat” digital subscription package to the Amazon.com store.   Since the company launched this subscription model, students have been able to gain digital access to everything the company publishes, all for $119.99 a semester and $179.99 for the full year (Corrected).   Other publishers are watching carefully from the sidelines – perhaps half hoping this experiment fails miserably – to see how this program does in the market.  This expansion into the Amazon store could be an act of desperation or inspiration.  Either way, I believe it represents a fundamental shift in the way educational materials will be sold and will accelerate the disappearance of the textbook.

At a recent conference, I heard Michael Hansen, CEO of Cengage, discuss his new program and the “affordability crisis” in higher education.  He noted that the industry has long heard that their products are too expensive and that not one person would say that college textbooks represent ‘good value’ for money’.  Pretty damning comments from the head of a college publisher.  But his company is tackling this issue by choosing a “radical change in the model and pricing”.  He went on to say that the notion that “taking the old print model and transferring it to digital, expecting everything to be fine. is simply not viable”.  Cengage proposes a model whereby the student can get everything for $120 per year – forget individual pricing, codes, complicated discount schedules, etc.  It is one simple solution for the student and, under this model, they get hundreds of dollars’ worth of content.

There are many publishers in the college market whose answer to stagnant or declining print textbook sales has been to add more complication: Unintelligible discount models, multiple and conflicting channel relationships, rental programs with demand driven pricing and other models, all designed to prop up a format – print – that is increasingly irrelevant in most other publishing segments.  Most effective will be simple pricing models, supporting an easy to understand value proposition which seems to be the road Cengage is traveling.

Interestingly, Hansen also discussed how their business arrived at this strategy.  Naturally, they did research and found a few things of interest.  Some were obvious, such as the process to deliver student materials is expensive, inefficient and often painful (in a shopping sense) for the student.  They also questioned the idea that ‘faculty don’t care about price’ which I’ve heard a lot and had some experience with at SharedBook.com.  Cengage research showed that faculty did care when they were shown that this subscription option could be available for students because they are concerned about drop-out rates and unprepared students who can’t or won’t buy the textbooks.  (The ‘performance’ of faculty and schools in delivering a quality education was a recurring theme noted in other sessions as increasingly important and educational materials, to the extent they affect faculty performance, are a component of this evaluation).  Another key research finding was that subscription models and different concepts of ownership are already familiar to students and students wouldn’t resist applying those to education content.  In some cases, students may welcome it.  For example, in certain situations, the student may want to subscribe for a set period, drop the subscription and then pick it up later.  This is exactly their experience with other subscription programs like Netflix and Spotify.

Hansen went on to suggest that the educational market and products need to move away from the “expensive” textbook and ‘inadequate’ materials to focus on what publishers are really good at and that is to produce effective course materials.  Hansen believes the top publishers have some inherent strength including ‘franchise’ authors and products and the opportunity and capability to address much wider markets (see my last blog post).  If Cengage can combine affordability and strong branded content Hansen believes, as a company, they have long-term advantages.

During the question-and-answer session, Hansen was asked why other publishers haven’t followed suit.   This is, in my view, inevitable.  But he did note some of the infrastructure and administrative obstacles that were overcome in their own transition to this model.  Real change requires answering the difficult questions and, he noted, their relationship with authors which have been problematic:  At a basic level, does the publisher have the right to include the content in this form?  Cengage believes their author contracts support their online model.  Can the publisher’s infrastructure handle it?  This online subscription model can produce a massive increase in usage and the company better make sure their platforms are saleable and that the user interface (UI) is simple and intuitive to use.

The final point he made was to emphasize that all primary stakeholders need to be aligned and he specifically mentioned his management team and board directors.  The Cengage model really is a case of ‘making it up in volume’ since a massive decrease in pricing has to be made up in higher (subscription) units.   Many scholarly and academic publishers know this ‘valley of death’ from their digital transformations during the late 1990s and 2000s; it can look dire when high-priced print volumes free fall and web subscriptions haven’t caught up yet.   If not well messaged and anticipated this journey can make for some very difficult management and board meetings.  Hansen is not surprised that his competitors have not followed because Cengage is clearly accepting significant risk.

It is worth noting that Hansen spent time at Elsevier Health and does have a deep awareness of the business benefit of online versus print access to content and the potential upside this transition will have on Cengage’s prospects.   This will be particularly true as students gain access to online materials and the efficacy of the materials becomes transparent creating more accountability and market power in understanding what works and what doesn’t.  Together with the enhanced ability to rapidly deploy more expansive and interesting products, Cengage is positioning itself to move ahead of the field in delivering more effective educational materials for students. Watch this space as other publishers begin to test their own single price models, and I believe we will finally see real change in how we think about the textbook: It will finally disappear completely.

Note: Cengage reached out to me and asked me to correct the pricing above and they also let me know that on their recent investor call they announced over 500,000 Cengage Unlimited subscribers in the first 8 weeks since the Aug. 1 launch. They expect Cengage Unlimited will save students up to $60 million this academic year.

Michael Cairns is a business strategy consultant and executive. He can be reached at michael.cairns@infomediapartners.com or (908) 938 4889 for project work or executive roles.