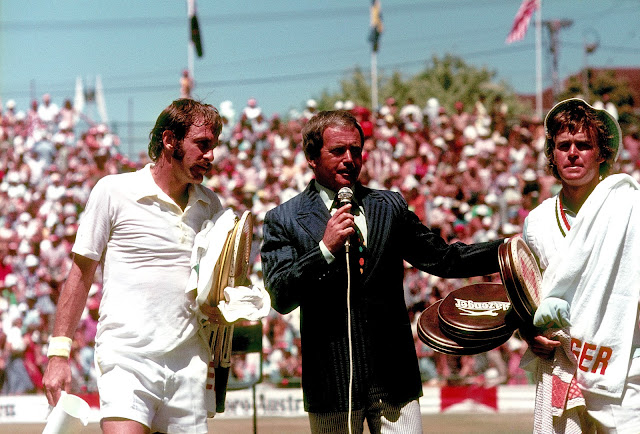 Newk has just finished a quarter final match against Ross Case which he won 6-4, 6-4, 6-1.  Somehow, I was sitting in a box seat at court side and a family friend lent me his 35mm camera which was the first time I had used one.  From then on I was hooked.  In those years, the Australian Open was held at Kooyong Tennis Club on grass and it was a little like the old US open set up at Forrest Hills.  Just like Forrest Hills the club is still there.  In the years I lived in Melbourne I went to Kooyong many times to watch the Open since the tournament also coincided with the long summer school break.

Newcombe made it to the final where he was beaten by fellow Aussie Mark Edmondson which must have been a disappointment because it was Edmondson's only major win.
Posted by MC at 4:34 AM