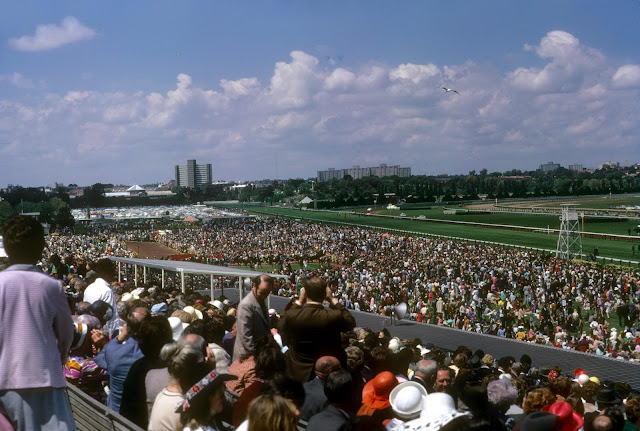 It was race day in Melbourne this past week and the annual big race produced the closest finish in history.  I am not 100% certain this is the actual race from 1973 but it was taken in the right month and there would have been little other reason to visit the track.  I bet that skyline looks a little different now.

I'm not a big horse racing fan, but I did place my first bet - I didn't do it someone else did it for me because I was too young - a few years after this.  I think it was in something called the Cheltenham Cup and the horse was "How Now" which came in a close second.  I had him to place and I think I won about $6.  I quit while the going was good.

I now have an iPad version of this book for sale ($4.99) on the Blurb site which you can find here: STORE

I have to say, even on the iPad the book looks pretty good.