Predictions 2011: The Growth of Intimacy (Revisited) 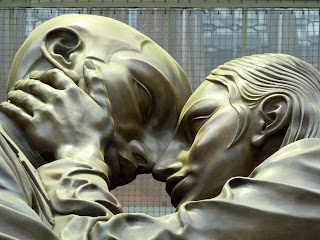 I am re-posting these in advance of thinking about 2012 but in re-reading the post I could almost stand pat on this effort for 2012.  This was originally posted on Jan 3, 2011.

Things might have been worse: As 2009 came to a close, there wasn’t a lot of optimism about 2010 yet; as the year unfolded, things were neither worse nor better than they had been. And now, there is even some excitement spurred on by the launch of the iPad and the rapid growth of eBook sales. Certainly any analyst, technology company or consultant publicizing his or her [proprietary] forecast of eBook and eReader sales for the next decade was almost guaranteed to gain some attention, especially as each successive forecast sought to outdo the prior reports.

Encouraged by the boosterism, many pundits think this is ether the end of book publishers or a new dawn. I don’t think it’s either, but the transition from print to electronic could mimic the transition music made from vinyl to disc which stuffed record company profits in the short term (only to entirely undercut the industry for the long). It is too early to tell how book publishing will survive this transition, but it is entirely possible that we will look back on these ‘transition’ years as ones in which publishers missed an opportunity to connect directly with their readers, having limited their ‘opportunity’ merely to replicating the book experience on the screen.

Change and progress is glacial in the book industry while, all around the industry media markets and products advance at break-neck pace. Evidence of massive and rapid change surrounds the publishing industry: This time last year, tablet computers were utilitarian business equipment; now, with the iPad, they are status symbols and, for millions, a gateway page to life online. In 2009, few televisions were web enabled but this year this is a standard feature opening up the web for living room leisure activity on a big screen. Content produced by publishers is now showcased in these channels and on these devices, yet book publishers continue to be bit players in the evolution of eContent and indications are this is unlikely to change appreciably in the future.

Some of the macro changes I mentioned last year continue to roll out into the mainstream, such as the migration toward subscription models for education content and trade reference, collaborative content and data sharing in academic publishing and an adoption of the rent vs. buy model for content. And while none overtook the business in any wholesale manner, all continued to grow in significance during 2010 as they will in 2011.

The Growth of Intimacy

In 1961, Newton Minow (newly installed as Federal Communications Commissioner) made a famous speech to the National Association of Broadcasters in which he described television programming as a ‘vast wasteland’ and he suggested those in attendance watch a day of television where,


You will see a procession of game shows, violence, audience-participation shows, formula comedies about totally unbelievable families, blood and thunder, mayhem, violence, sadism, murder, western badmen, western good men, private eyes, gangsters, more violence and cartoons. And, endlessly, commercials--many screaming, cajoling and offending. And most of all, boredom. True, you will see a few things you will enjoy. But they will be very, very few.

The web may be all of this in spades but, increasingly, the web user is demanding guidance and intermediaries who will then aid in their selection of appropriate and meaningful content. As I’ve discussed before, curation will become a marketable skill set and audience building around specific interests and specialties will be increasingly valued by content users. Just as publishers may have purchased publishing companies with defined title lists in years past, they may now consider purchasing “communities of interest” (and their associated apps and Facebook pages, etc.) to which they can market content/products. These communities may become the ‘imprints” of tomorrow with defined – even built in – product development, marketing and selling channels.

The growth of intimacy assumes that users will seek closer relationships with their core community of friends, workers or communities of interest in order to make decisions about the content they access, the products they use and the entertainment decisions they make. Book publishers, retailers and authors will need to understand how to actively participate in these communities without ‘marketing’ or ‘selling’ to them. Facebook is obviously the largest social community but within Facebook, there are a myriad of smaller ‘communities’ and, within these communities, the web becomes highly personal. The relationships among the participants becomes ‘intimate’ in the sense that the participants share knowledge, information, even personal details that in a traditional selling or marketing environment would never be breeched by the vendor. The dynamic of selling becomes vastly different in this context and publishers must find a way to understand these new communities, the influencers that dictate behavior and the motivations that contribute to selling products (and services potentially).

This is the next level of social networking: It isn’t enough to have a Facebook page or a Twitter account. Authors and publishers need to engage deeply where it matters in order to build awareness, build their brand (if necessary) and establish selling channels. In the case of Facebook, the company already has a vast amount of book-related information broadly collected from their community and undoubtedly the sales volume that results from the discussions on Facebook is large. Most importantly for vendors, the ‘conversion’ rate from an ‘intimate’ recommendation to purchase is likely to be far higher than from any other source or marketing activity. Finding and understanding the applicable nexus within these communities that delivers the widest possible ‘conversion’ rate will be critical if publishers are to participate in the growth of intimacy.

While publishers may think the ‘growth of intimacy’ will have more relevance to trade publishing, this may not be the case. As LexisNexis and some other professional publishers have proven that a social strategy that encourages users to act as curators for other users has significant value in building and supporting the publisher value proposition and brand. I see this evolving in education as publishers encourage academics and students to participate in social networks focused on specific topics and content. But a word of caution: Building a social network simply to facilitate the sale of your content or textbooks will never work. A critical aspect of Facebook is that it is vendor agnostic and thus provides the latitude for the community to come up with the right solution or product.

The growth of intimacy will be a recurring theme for all content producers over the coming years and addressing the various aspects of this trend may result in important changes in the way publishers develop and market their products.

Here are some additional trends to watch for over the next 12-24mths:
Lastly in sports: Last year I predicted that Manchester United would win the Premier League title over Arsenal but, in fact, United lost by a point to Chelsea. The point was effectively lost in a late season loss to Chelsea but, this year, Chelsea look well out of it. So again I predict United will win the title over Arsenal. I also predicted that England would win the Ashes series in Melbourne which they did last Tuesday. Hooray!

Anonymous said...
This comment has been removed by a blog administrator.
1:00 AM

You were right on. And a wonderfully profound prediction.

See also: the way in which "social capital" has new value; the way storytelling has become a 'new' form of organizational narrative; and now this recent interest in the "Arena Culture".

The 'era of me and my' is turning slowly to the 'era of we and our'.