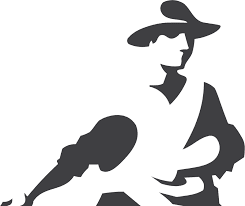 Almost apologetically, ViacomCBS Chief Executive Bob Bakish announced that Simon and Schuster (S&S) wasn’t a real fit for his media company, this despite the fact that S&S has been part of the family for 25 years give or take. That said, he did confirm what many in the industry have seen for a while, that ViacomCBS has been interested in off-loading S&S for a while. It’s pretty unfair on S&S too: The company has a strong backlist and stable of reputable authors, has avoided some of the bigger controversies such as library lending and Amazon conflicts and has managed to produce decent operating margins in a trade publishing business that historically struggled to achieve 10% profit margins.

Left unsaid in Bakish’s admission is that a strategic buyer may not be on the cards. For HarperCollins, Macmillan, Penguin Random House and Hachette that deal has been but a phone call away for the past 3-4 years, but no deal is in the offering. Bakish has been forced to announce publicly the chance to purchase one of publishing’s most iconic publishers to gin up some interest. Perhaps if this effort doesn’t produce a buyer then VIacomCBS may moderate their price expectations to make a deal with another publisher more likely. While efficiencies are likely in a combination with another publisher cost savings may not be as significant at first glance. Publishing has been running lean since the financial crisis (not the current one).

S&S had revenues of $814 in 2019 according to industry sources which was slightly lower than those in 2018. Profit is likely to be around 10-15% which may broadly imply a valuation in the $500mm range. With market power of both Amazon Publishing and Penguin Random House potential buyers would be wise to be cautious in overpaying for an expanding and growing market opportunity which simply isn’t there.
Posted by MC at 8:23 AM