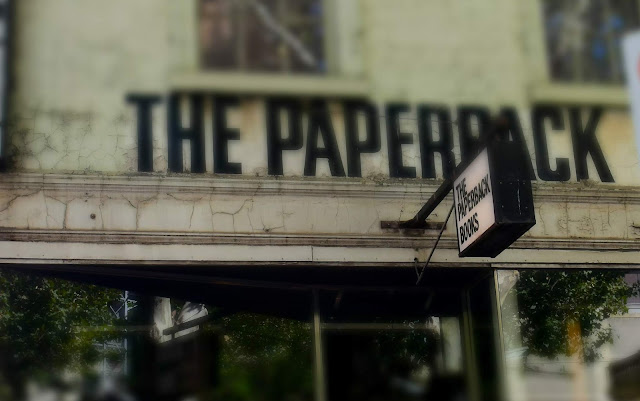 From this past weeks BookExpo conference, the Washington Post reflects on publishers concerns about the future.  (What would the business be without concerns?)  Personally, I found BookExpo dismal.


At the same time, publishing faces troubling unknowns and adjustments. Barnes & Noble, the country’s largest physical book retailer, has been struggling for years and is considering a sale of the company. One of the largest distributors, Baker & Taylor, is ending its retail business, forcing some stores to find new ways to keep books in stock. And publishers again face a potential shortage of printing capacity that resulted in two future Pulitzer Prize winners, David Blight’s biography “Frederick Douglass” and Richard Powers’ novel “The Overstory,” being among numerous releases unavailable for extended stretches late last year.

But the most immediate concern is President Donald Trump’s threatened 25% tariff on some $300 billion worth of Chinese goods, including those from the country’s printing facilities. For years, U.S. publishers have relied on China for low-cost, high-capacity printing of four-color books, coffee table editions, Bibles and other standards of the trade and education market. The new tariff would almost surely result in higher prices, with publishers saying a hike of 50 cents or more is possible for a given book.


The Polish consortium for higher education and Elsevier, the information analytics business, today agreed on a national license agreement for access to critical academic research, while advancing Poland's open access objectives. The new three-year national license is based on a thorough analysis of the Polish requirements for access to research, the country's publishing choices and its focus on research quality. It provides over 500 universities and research institutions across the country with access to ScienceDirect, Elsevier's leading platform of peer-reviewed scholarly literature, as well as SciVal, the research performance tool, and Scopus, the largest abstract and citation database of peer-reviewed literature.

In the Columbia Journalism Review and discussion of the 'viral book'


Traditional publishing, among the slowest of all media, and social media, the quickest, are working together more often. A search of the Publishers Marketplace database for the word “viral” turned up 14 non-fiction books in the first five months of 2019. Seven were sold from viral articles, and six were sold on the basis of another “virality”—for instance, a viral photo or a viral Facebook broadcast. In comparison, 11 books were sold in conjunction with viral media in all of 2018, six based on articles and four on other online media (including a “viral cooking technique”).

Digital media is not an industry known for its profitability. However, the uptick in publisher interest in viral work indicates a hope that publishing can capitalize on an internet-tested zeitgeist: presumably, publishers believe that those viral articles will turn into bestselling books. Is this a legitimate hypothesis? Can publishers forge a solid link between the fast pace of the internet and the very slow business of book publishing? What can authors hoping to garner a book deal learn from this newfound interest in virality?

From Esquire, Bennington College has some literary chops:


A new freshman class arrives at arty, louche, and expensive Bennington College. Among the druggies, rebels, heirs, and posers: future Gen X literary stars Donna Tartt, Bret Easton Ellis, and Jonathan Lethem. What happened over the next four years would spark scandal, myth, and some of the authors' greatest novels. Return to a campus and an era like no other.

Folio magazine takes a look at three magazines which have ditched print and still survived (and thrived):


As consumers and advertisers continue to shift their attention to digital media platforms, traditional print publishers are increasingly coming to the difficult decision that their future doesn’t include a print publication at all—or at least not one with a regular frequency.

In the last month alone, ESPN The Magazine, Money, Brides and Beer Advocate announced plans to end their print runs. And they all intend to continue producing content for their digital platforms.


Once considered a death knell for a brand, the print-to-digital transition has proven for some publications to be more of a rebirth, especially when they diversify to additional channels, like events and TV. With that in mind, here are a few brands who have shown there is life after print—a good life.

And the counter discussion: Keeping with print:


And yet, even in 2019, a diverse set of both new and traditional publishers continue to invest in the medium despite its inherent financial challenges, begging obvious questions about how, specifically, a new media brand stands to benefit from producing an expensive print magazine at a time when the barriers to entry in digital media are seemingly nonexistent.

Brazil's publishing market is not doing well at all.


Are you considering an investment in new technology?  Check out my report on software and services providers.  (PubTech Report)
PND: Digital Transformation: A Seminar for Management
PND: Blockchain for Publishers
PND: Technology News
PND: The Price is Right for Cengage
PND: The Opportunity in 200MM Students
PND: Mediaweek Reports

Michael Cairns is a business strategy consultant and executive.  He can be reached at michael.cairns@infomediapartners.com or (908) 938 4889 for project work or executive roles.